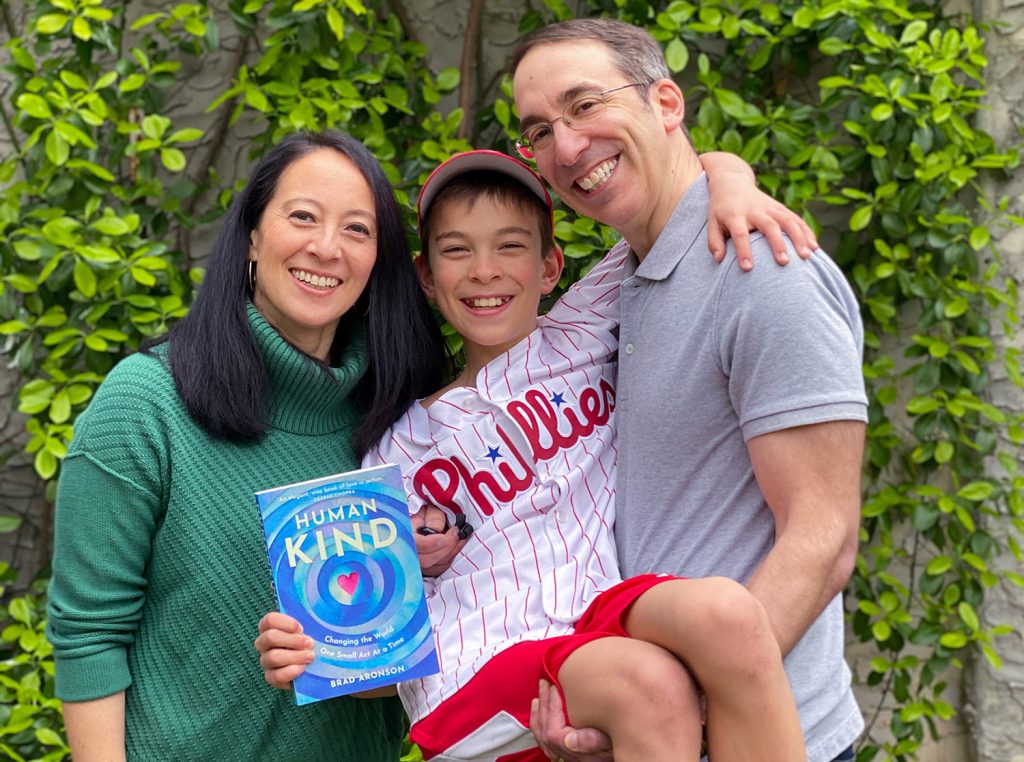 This is an excerpt from an article published in PEOPLE magazine on April 14, 2020.

When Brad Aronson decided to write a book while his wife was going through cancer treatment, he never imagined it would be published during a pandemic. But as it turns out, his new book HumanKind has never been more timely.

“This is a time when my book is needed,” Aronson, 48, tells PEOPLE. “One of the things that keeps us all going right now is the stories of incredible acts of love and kindness being displayed by people across this country and the world.”

“HumanKind is filled with those stories and gives us hope and inspiration, and is a reminder of what’s important,” Aronson adds.

The book was originally inspired by the struggles faced by the Philadelphia dad after his wife Mia was diagnosed with leukemia in December 2014. Shortly after her diagnosis, Mia’s nurses encouraged the couple to attend a weekend conference for young cancer patients and their caregivers — something Aronson says they were initially hesitant about going to.

“When Mia got sick and was in treatment, we were in the hospital every day,” he recalls. “It was totally draining… But the nurses were incredible, so we decided to give it a try.”

“While we were there, a patient advocate kept saying, ‘If you have two-and-a-half years of treatment, you need to come up with a project to distract you, give you a purpose, and something to do while you’re in the hospital all the time,’ ” he notes.