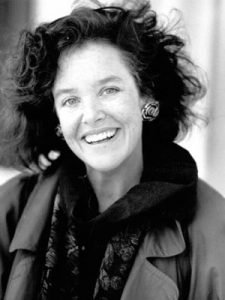 It’s our pleasure to announce that we’re publishing a new memoir, Circle Way, by the late award-winning journalist Mary Ann Hogan, with a foreword by her husband, Eric Newton. The book will be released under Wonderwell’s Best Book program on February 15, 2022.

In this visually rich, multigenerational lyric essay, journalist Mary Ann Hogan reflects on a life of letters and her relationship to her late father, Bill Hogan, well-known literary editor at the San Francisco Chronicle, whom John Steinbeck once dubbed “an old and valued friend.”

Circle Way is a bittersweet memoir of a father, daughter, and a prominent California family. Written in an evocative, expressionistic style, this work of creative nonfiction flutters somewhere between journalism and poetry.

At the heart of the story, Mary Ann Hogan grapples with identity, family, and the creative calling. Sifting through her father’s notebooks after his death, Mary Ann discovers a man whose unrealized dreams echo her own. Eager to learn more about her family even as she wrestles with terminal illness, Mary Ann explores the fascinating cast of characters who were her forebearers. We meet the author’s great grandfather, an Oakland lumber baron who lost his fortune in the crash of ’29, and a great uncle who served at San Quentin for a murder some say he may not have committed.

Richly illustrated with Bill Hogan’s original sketches and watercolors, this poignant and absorbing tale is an immersive feast for anyone interested in literature, history, and the often-mysterious facets of family.

The book will be available for sale in bookstores across North America and via online retailers on February 15, 2022.

About Mary Ann Hogan
The late Mary Ann Hogan was an award-winning journalist and teacher whose credits included The New York Times, The Washington Post, the San Francisco Chronicle, the Oakland Tribune, and Mother Jones magazine. She specialized in personal essays, and for six years was syndicated nationally by the Los Angeles Times. She lectured nationally on writing through the American Press Institute and the Poynter Institute for Media Studies. She taught writing at San Francisco State University, Palm Beach State College, and Florida Atlantic University, where she earned a Master of Fine Arts in creative nonfiction. Returning to her childhood home in Mill Valley before she died in 2019 of lymphoma, she wrote a community column for the Marin Independent Journal.

About Eric Newton
Eric Newton is a writer and media consultant based in Mill Valley. He was an award-winning newspaper editor in California, and led the content team that created the original Newseum in Rosslyn, Virginia. At the Knight Foundation, he developed some $300 million in journalism grants. At Arizona State University, he was innovation chief, helping advance the “teaching hospital” model of journalism education. For 32 years, he was Mary Ann Hogan’s husband.